The Best States to Live in Financially

5 financial factors were evaluated to rank the best and worst states to live in. These factors included average income, state tax rate, unemployment rate, work incident rate, and the cost of living index. Financial data changes a lot, but are you in any of the best states to live in for 2015? 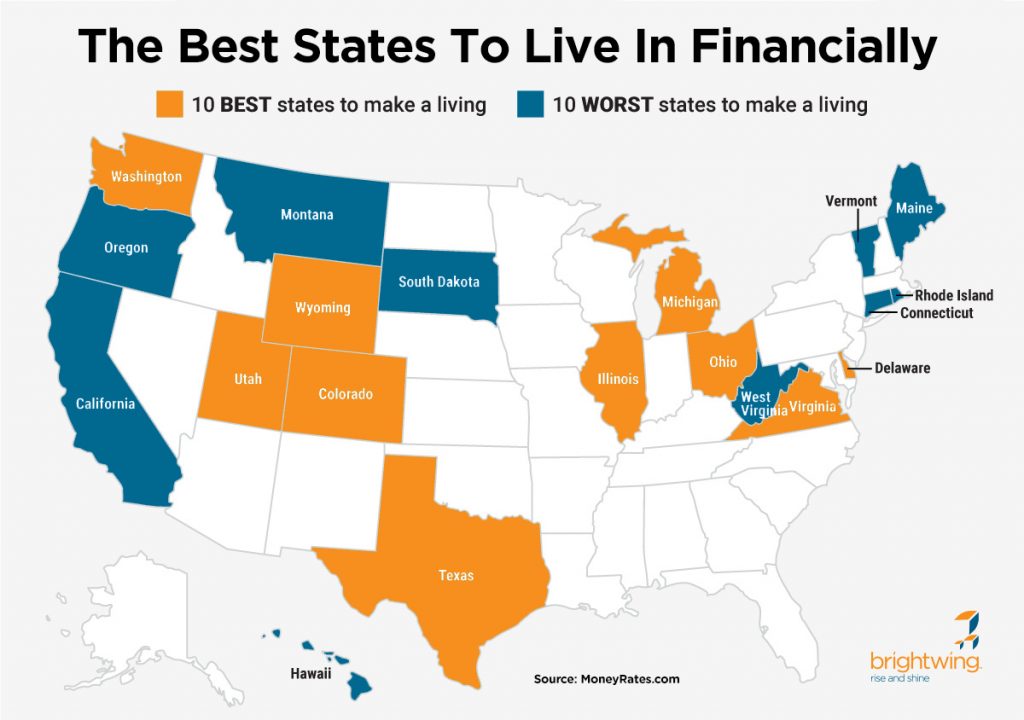 It’s hard to argue against Texas ranking number 1 on this list. They’re emerging as tech industry leaders and they don’t even have to pay income taxes. What a deal! Are we a little biased since we do the majority of our work in Texas and Michigan? Possibly, but numbers don’t lie! 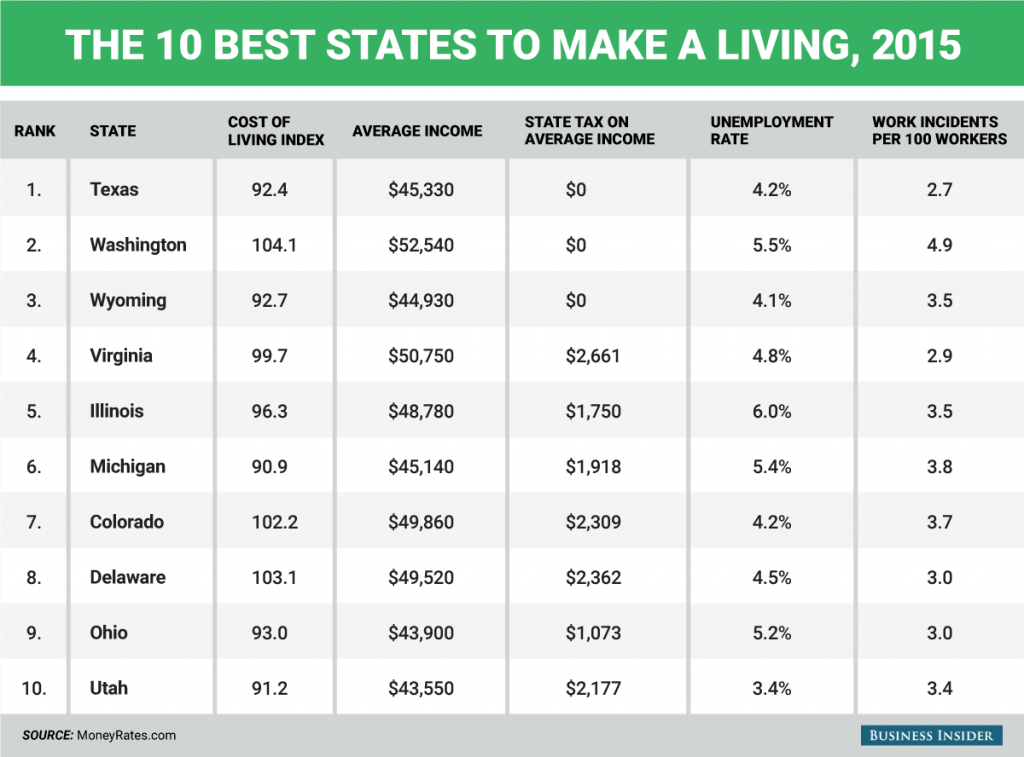 No one can take away the beauty of Hawaii and California, but those cost of living indexes are through the roof! That being said, if these are among the worst states to make a living, we’re not doing all that bad. Just five years ago, the overall unemployment rate was closer to 10%. 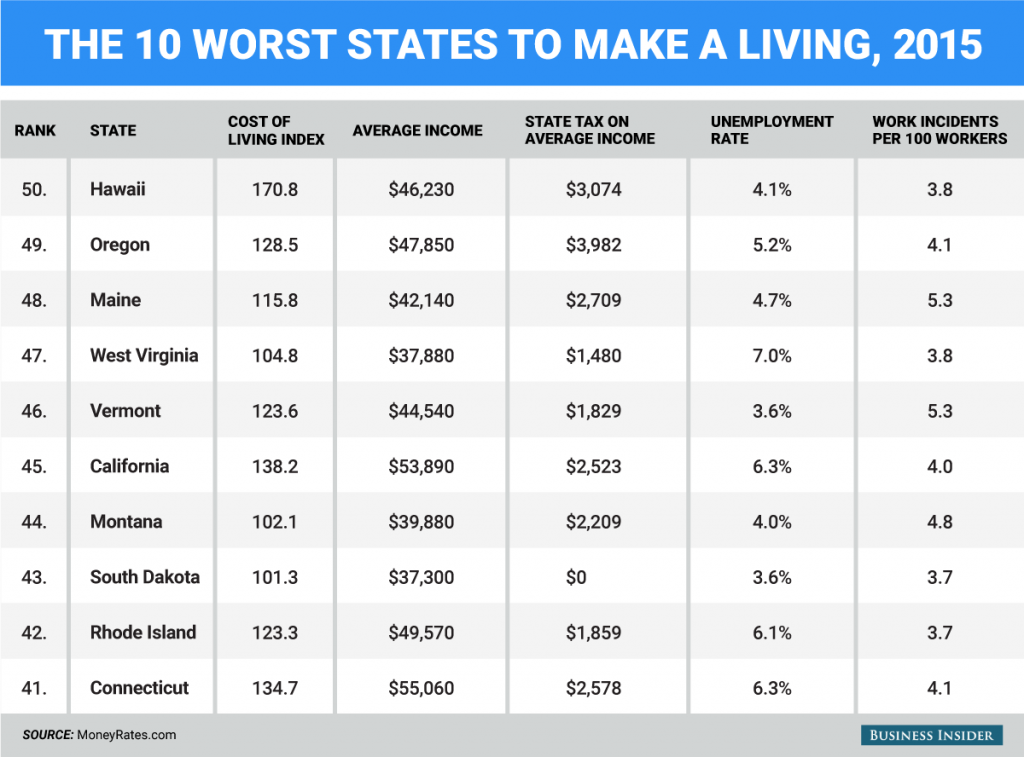 Whether your state ranks among the best, worst, or somewhere in between, sometimes it just comes down to personal preference. If you can live with a high cost of living index or a salary the dips below the national average, then you probably don’t have to be part of the best states to live in to live a financially happy life. That’s my opinion. What do you think?