GM’s Plan for New Vehicles and a Zero-Emission Future

On October 2, GM announced its plans to globally launch at least 20 new all-electric and hydrogen fuel cell vehicles by the year 2023. In fact, it intends to release two of these new vehicles within the next 18 months. This launch plan supports GM’s vision of an “autonomous, zero-emission future,” which the company’s CEO Mary Barra recently announced.

Even though we don’t yet know which vehicles GM plans on making electric, the company stated that their new 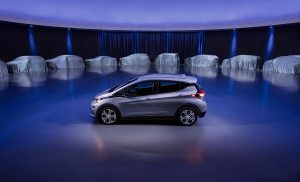 vehicles are “built from the ground up” to meet the needs of its future goals. It did preview three new models for its next-generation propulsion system, which included the familiar designs of a Buick crossover and a Cadillac wagon.

We’re excited to see how GM will raise the bar on electric vehicle design and performance — and what other companies, like Ford and FCA, will do to compete.

Check out the full article for more details on GM’s plan for a zero-emission future!